Next week Wednesday, May 24th we will celebrate “Yom Yerushalayim” – The Jerusalem Day.

Yom Yerushalayim, commemorates Jerusalem’s reunification in 1967. This day begins on 28th day of the month of Iyyar in the Hebrew calendar.

This year it is a special one commemorating the 50th year of the reunification of Jerusalem.

Jerusalem has always dwelled in the hearts of the Jewish people.

For generations Jews have recited the verse: 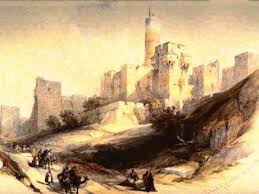 If I forget you, O Jerusalem,

let my right hand forget its skill!
Let my tongue stick to the roof of my mouth,
if I do not remember you,
if I do not set Jerusalem
above my highest joy!

And here is how Moshe Amirav, a paratrooper, describes his first minutes at the Wailing Wall in 1967:

“…We ran there, a group of panting soldiers, lost on the plaza of the Temple Mount, searching for a giant stone wall…

Forward! Forward! Hurriedly, we pushed our way through the Magreb Gate and suddenly we stopped, thunderstruck.

There it was before our eyes! Gray and massive, silent and restrained.
The Western Wall! 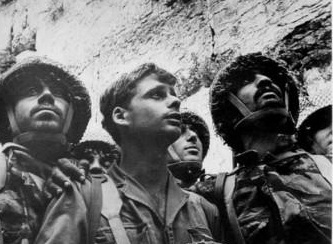 Slowly, slowly I began to approach the Wall in fear and trembling like a pious cantor going to the lectern to lead the prayers. I approached it as the messenger of my father and my grandfather, of my great-grandfather and of all the generations in all the exiles who had never merited seeing it ― and so they had sent me to represent them.

Somebody recited the festive blessing:

“Blessed are You, O Lord our God, King of the Universe who has kept us alive, and maintained us and brought us to this time.”

But I could not answer “Amen.” I put my hand on the stones and the tears that started to flow were not my tears.

They were the tears of all Israel, tears of hope and prayer, tears of Chasidic tunes, tears of Jewish dances, tears which scorched and burned the heavy gray stone.”

The name Jerusalem, or Yerushalayim in Hebrew, first appears in the Book of Joshua (10:1).

Now it came to pass, when Adoni-zedek king of Jerusalem heard how Joshua had taken Ai…

Geographically it is the Temple Mount, the very spot where Abraham almost sacrificed his son Isaac.

The Hebrew word for “will see” is yireh.

That’s the first half of the name Yer’shalem.

But, what was the city called before Abraham renamed it Yireh?

Let us be reminded that after rescuing his nephew Lot from captivity, Abraham was greeted by Malchizedek the king of Shalem, who greeted him with bread and wine.

An ancient tradition tells us that Malchizedek (believed to be Shem) was actually one and the same as Shem, son of Noach, and that Shalem was none other than the very place that Abraham would eventually rename as Yireh.

So, now we see that “Shalem” is the second half of Yerushalem:

But how did Yireh and Shalem  get together to become Yerushalayim, you may ask?
The Midrash shares with us a beautiful glimpse into the process of the creation of the name Yerushalayim:

Yireh Shalem (or Jerusalem) therefore means “complete awe,” a state where one is so in touch with G‑d as to be in constant rapture.

Thus, on a spiritual level, Yerushalayim is not just a city on a world map.

It is that special place within each and every one of us where we are one with G‑d and deeply in tune with His presence.

And the expression Yom Yerushalayim – יום ירושלים
appears in the above psalm (Psalms:137):

Remember, O LORD, against the children
of Edom the day of Jerusalem

Toward the upcoming Jerusalem Day we are delighted to let you have as a gift  – our Special Multimedia eBook dedicated to this event.

This multimedia eBook contains authentic stories, poems and songs (for different Hebrew levels, so that you can find one that fits yours) depicting what people went through while fighting for the liberation of Jerusalem in 1967.

Flip its pages, click on audio or media “Play” buttons, go back in time to The Six-Day War in 1967 and enjoy the moving images and sounds.

Watch the famous song “Jerusalem of Gold” in its original performance and follow its additions in later times.

We recommend using this eBook and studying Hebrew using selected materials from it, so that you can have more of Hebrew and Jerusalem in your heart! 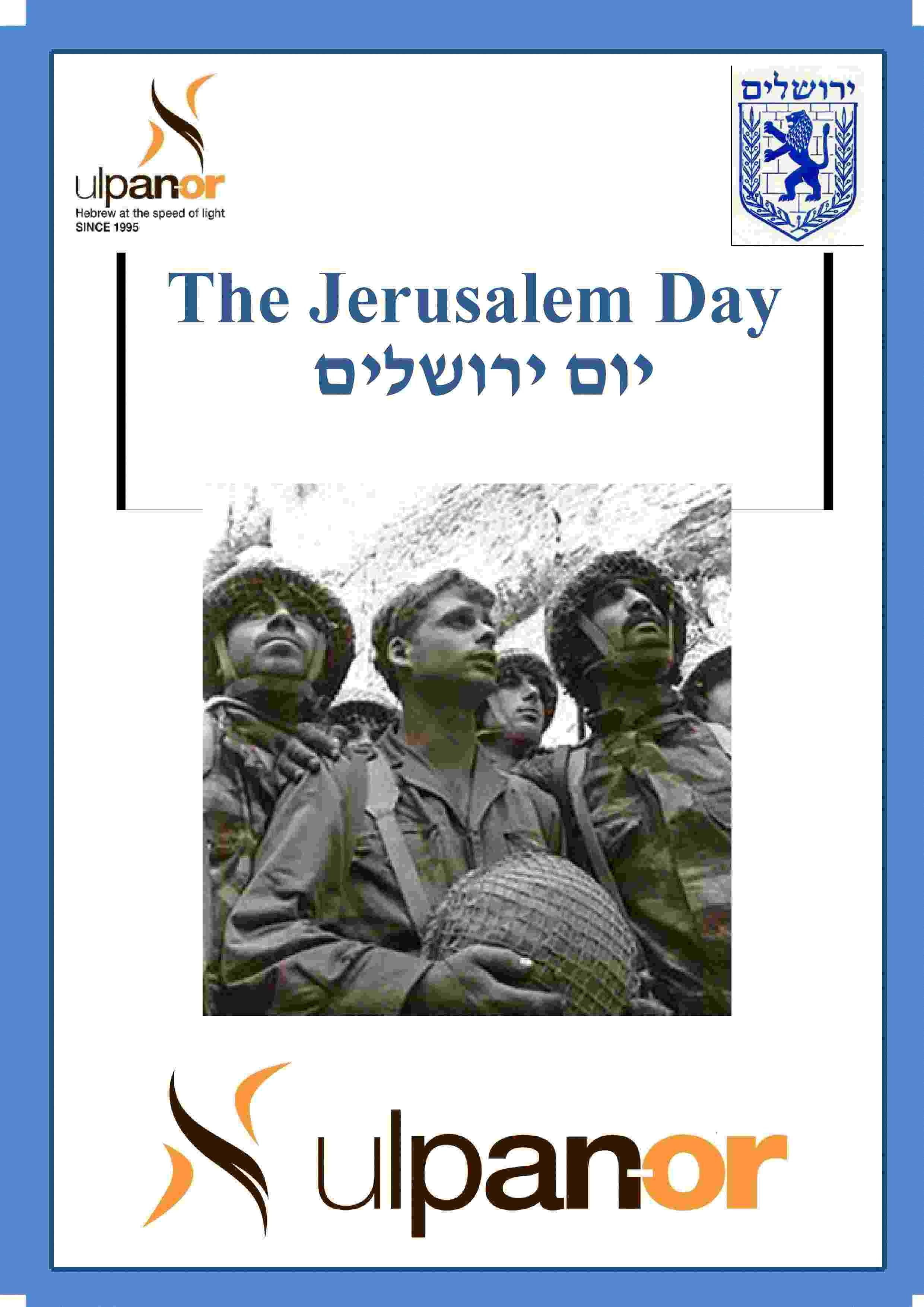