This coming Sunday night we will be celebrating the 5,780th New Hebrew Year – Rosh Hashana ה’תש”ף

Rosh Hashana falls on the first day of the month of Tishrei.

Rosh Hashanah (Lit. Head of the Year) is considered to be The Holy Day of Judgement and of Remembrance – the day when, according to Jewish tradition, the world was created (it actually refers to the sixth day of creation, when the first human being was created).

However, very surprisingly, this holy day, unlike any other biblical holiday – is not referred to by name anywhere in the Bible.

The Torah commands us to observe the holy day of Yom Teruah which means “Day of Blasting  – Blowing the Horn (Shofar)” on the first day of the Seventh Month (Tishrei).

And … the Torah does not say what the purpose of this holy day is.

For all the other holy days the Torah gives at least one reason:

The Feast of Matzot (Pesach) commemorates the Exodus from Egypt, and it is also a celebration of the beginning of the barley harvest.

The Feast of Shavuot (Weeks) is a celebration of the wheat harvest.

Yom Ha-Kippurim is a national day of atonement as described in detail in Leviticus 16. 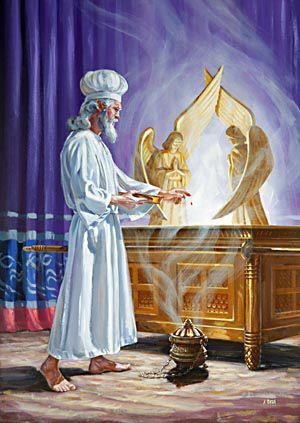 The Feast of Sukkot (Tabernacles) commemorates the wandering of the People of Israel in the desert and is also a celebration of the ingathering of agricultural produce.

In contrast to all these Torah festivals, Yom Teruah has no clear purpose other than that we are commended to rest on this day.

While the Torah does not explicitly tell us the purpose of Yom Teruah, its name may indicate that it is intended as a day of public prayer.

The verb form of Teruah להריע often refers to the loud sound made by a gathering of the faithful calling out to the Almighty.

So, how did the transformation from Yom Teruah into Rosh Hashanah occur?

Kabbalah gives many profound and esoteric reasons for this, but maybe there are some other historic roots, which could insinuate to a different origin of this change…

Well, one way to interpret it would be to see the transformation as the result of pagan Babylonian influence upon the Jewish nation.

One of the signs of the transformation was the adoption of the Babylonian month names. In the Torah, the months are numbered as First Month, Second Month, Third Month, etc.

During their exile in Babylonia People of Israel began to use the pagan Babylonian month names, a fact described in the Talmud:

“The names of the months came up with them from Babylonia.” 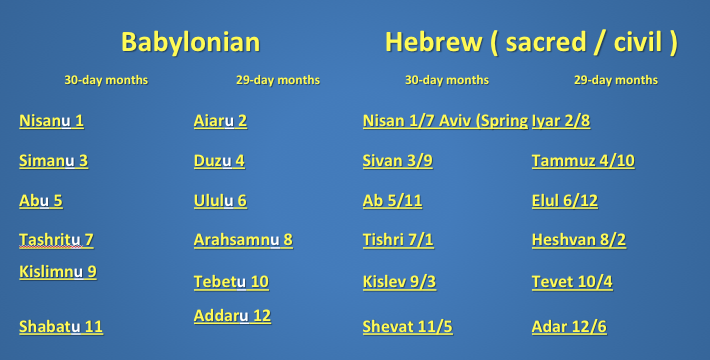 One field of Babylonian religious influence was in the observance of Yom Teruah as a New Years celebration.

From very early times the Babylonians had a lunar-solar calendar very similar to the biblical calendar. The result was that Yom Teruah often fell out on the same day as the Babylonian New Years festival of “Akitu”.

When Jews started calling the “Seventh Month” by the Babylonian name “Tishrei”, it paved the way for turning Yom Teruah into a “Jewish Akitu”.

The Rabbis, of course, did not want to adopt Akitu outright, so they added the name Rosh Hashanah to Yom Teruah, which eventually became the more common name for this holiday.

In Hebrew the word שנה (shanah) also relates to the root

And Rosh Hashanah could be the starting point for anyone wishing to institute positive changes or even a profound transformation in his/her life in the coming year. 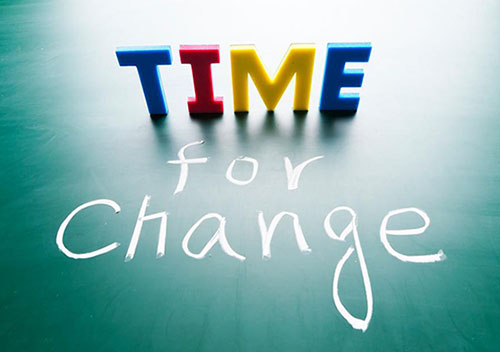 This year we at Ulpan-Or prepared for you a special eBook describing the different customs of the symbolic foods – “signs” for Rosh Hashanah.

Wishing you and your loved ones “SHANAH TOVAH” (whichever way you relate to this holiday).

Yoel & Orly and all of us at Ulpan-Or

A Lesson About Patience

The Power of Forgiveness

Two Qualities of a True Leader

A Nation is Born