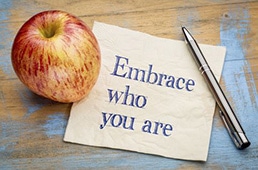 This Shabbat we will read Torah Portion לך לך – LEKH LEKHA in the Book of Genesis.

In this post we wanted to address the changes in the names of Avram and Sarai, mentioned in this Torah Portion.

Names are considered very significant in Judaism. A Jewish name is the channel by which life reaches you from Above.

The Kabbalists say that when parents name a child, they experience a kind of a minor prophecy—because, somehow, that child’s destiny is wrapped up in the combination of Hebrew letters that make up his or her name.

If a name has an intrinsic effect on the person, can a change of name change one’s destiny?

Many academic studies suggest that an individual’s name can have a profound impact on one’s status and success in life.

For instance, in a New York University study, researchers found that people with easier-to-pronounce names often have higher-status positions at work.

One of the psychologists, Adam Alter, explains, “When we can process a piece of information more easily, when it’s easier to comprehend, we come to like it more.”

In a further study, Alter also found that companies with simpler names and ticker symbols tended to perform better in the stock market. In a Marquette University study, the researchers found evidence to suggest that names that were viewed as the least unique were more likable.

For a study published in the Economics of Education Review, researchers studied the relationship between the position in the alphabet of more than 90,000 Czech students’ last names and their admission chances at competitive schools.

“The impact of names comes from how people expect to see you,” says a professor from Ohio University.

So, is there something innately spiritual about the name itself that has a power over the individual?

And how does Judaism view a person’s name, and how a change in the name affects one’s destiny? Changing one’s name to create a change of fortune actually has its roots in Judaism.

That’s why if someone is dangerously ill, we might provide him with an additional name, like Chaim (or Chaya), meaning “life,” or Refael (or Refaela), “cure.”

The first recorded story of a name change that led to an incredible change of destiny was that of Sarah and Abraham mentioned in this week’s Torah portion – Lekh-Lekha.

The episode took place when Avraham was 90 years old. G‑d appeared to him and told him that He would be making an everlasting covenant with him, and that he and Sarah would be blessed with a child of their own.

And Avram was ninety-nine years old, and G‑d appeared to Abram, and He said to him,

The Talmud explains that Avraham and Sarah’s change of name created a change in their status – rather than a particular mission, they now assumed a universal mission.

Avram who is Avraham. In the beginning he was the father to Aram (In Hebrew אב- רם Av–Ram), “Av Ram,” father of Aram, since he originated from the city of Aram Naharayim.

His name was changed to Avraham, “אב המון גויים Av Hamon Goyim, (The letter Hey that was added to the original name Avram suggest to the Hebrew word HAMON – Multitude) in the ” father of a multitude of nations”.

In the end he became the father of the world.

Sarai, this is Sarah. In the beginning she was Sarai (in Hebrew Sara-i means – My Sara) to this nation and in the end she became Sarah to the whole world (not only mine).

The Talmud explains that the original last letter “Yud” which existed in the name Sarai with the numerical value of 10, was split into two letters “Hey” (numerical value – 5) one left for Sarah and the other one for Avraham.

In fact, this yud taken from Sarai’s name was later added to Hoshea, Moses’ successor. He was one of the 12 spies sent to survey the land of Israel.

Though his name was originally Hoshea, Moshe changed his name to Yehoshuah gifting him with the present of Sarah’s spiritual letter “Yud”.

This gave him an added dimension of spirituality, so that he would have the courage to withstand the plot of the spies and bring back a true, positive report about the Land to the Jewish people.

So what really is in a person’s name?

Our name connects us to our soul.

It provides us with spiritual dimension, allowing to access our inner strengths and equip us with better tools for achievements in life.