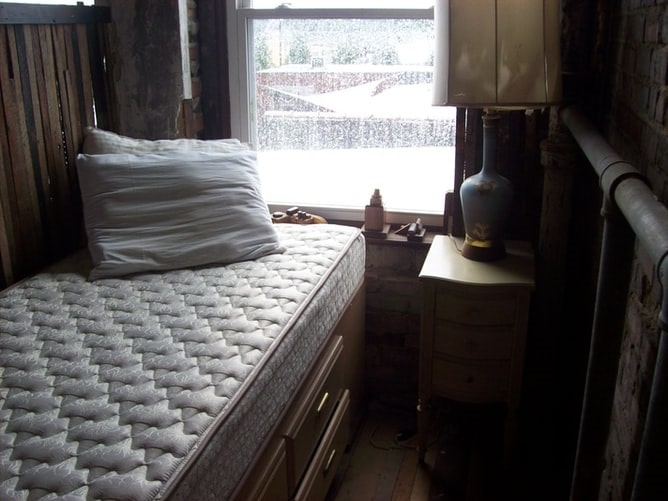 We’ll be the first to say it; learning a new language is tough work! Especially an ancient language like Hebrew. You constantly find yourself forgetting grammar rules, vocabulary and even wondering whether to use masculine or feminine numbering in your speech. The language is filled with rules and expectations, and you might think as a non-native speaker, you’re never going to get the full grasp of it.

But here’s the catch! Even locals struggle with Hebrew. Yes, you read that right. Israeli locals who grew up speaking Hebrew also find themselves fumbling and making common mistakes in their speech and writing. Keep reading to find out what are some of the most common mistakes that even native speakers make when speaking in Hebrew!

There are multiple suffixes that are used in Hebrew, and due to the similarity in some of them, many natives and non-natives get confused when placing them next to the appropriate word. Today, we’ll take the example of two suffixes. One ending with ◌ַאי (ai) and the other ending with ◌ָאׅי (a-yi). Although they both sound the same, they convey different ideas through the text.

The first one (ai) is supposed to be used to describe a professional. For example, when you mention farmer, it would be חַקְלַאי, or a journalist would be עִתּוֹנַאי. The same rules apply if you’re using the Hebrew word for different professionals, including a mathematician, banker, nurse, etc.

Now, the second suffix (a-yi) can only be used when you’re mentioned in an adjective related to a profession. For example, בַּנְקָאִי would be related to banking. חַקְלָאִי would be related to agriculture and עִתּוֹנָאִי would relate to journalism. Of course, not every profession or professional has a matching adjective, but it’s crucial to use the right suffix whenever there is one. Because the two sound the same, native speakers will confuse the two and write them interchangeably, which is grammatically incorrect.

Distinction Between Female And Male Numerals

An interesting part of Hebrew is the two sets of numbering it has within the language. These number sets are gendered, with one being masculine while the other being feminine. Unfortunately, it does take a while to understand the rules, and even then, natives are often found making mistakes when counting!

For instance, the word ‘girl’ is feminine and ends with ה. However, when you would be counting the girls, you ascribe them a masculine consonant. For example, three girls would be written as שָׁלוֹשׁ יְלָדוֹת, which is ending with a masculine numbering. And vice versa, when counting three boys (שְׁלוֹשָׁה יְלָדׅים) the masculine numeral receives a feminine consonant! It may seem daunting in the beginning, but with enough practice, you can get the hang of this and even gain the upper hand on native speakers!

Is A Sock Masculine Or Feminine?

Just to throw you off what we have just established, we’re going to be looking closely at the ongoing debate between whether ‘sock’ is masculine or feminine! גֶּרֶב means sock, and despite its adherence to gender rules, native speakers still attribute feminine verbs and adjectives to the word.

For instance, when you say “אֵיפֹה הַגֶּרֶב הָאֲדוּם?” which translates to “where is my red sock?”, a masculine adjective and verb are being associated with the sock. Yet, when speaking, feminine attributes are attached by native speakers. That’s a common mistake that you will actively have to avoid, as hearing a local speak may cause you to second guess yourself!

How To Pronounce The Word ‘Seems’

One of the most challenging aspects of learning Hebrew for many individuals is knowing how to pronounce words. Hebrew is a particularly difficult language to get the pronunciation right in since many guttural sounds need to be made from the back of your throat. This may seem impossible at times, especially if you grew up a native English speaker. However, with enough practice, it can be perfected. But an interesting and long-held confusion amongst Hebrew native speakers is actually on the pronunciation of the word ‘seems’!

Despite it having the same verb, letters, and roots, Israelis are constantly messing up the pronunciation of the word, all because the last vowel and the tense are different. ‘Seemed’ is past tense and is pronounced as nir-ah, while seems, is seeming, or will seem, which is used for present or future, is pronounced as nir-eh. This slight distinction is enough to confuse the masses, and you’ll often find people using the two terms interchangeably, despite the tense that is used. This is grammatically incorrect and can cause even more confusion!

The Spelling Of Mattress

This topic has sparked such a large debate amongst the Israeli nation that someone even made a commercial on it! The Israeli mattress store video shows the short commercial, with a narrator merely asking, “Should we call it miz-ran or miz-ron?” which naturally sparked an ever longer thread of debate!

And the debate didn’t just end there. In fact, it got reignited and became a viral sensation during the Rio Olympic Games in 2016. However, this time, instead of posing a question for everyone to mull over, the long debate was met with a definitive answer! Yarden Gerbi, a renowned Israeli Judoka, held her opponent down on a mat and exclaimed, “See! This is mizran! Not mizron!” And it turns out Gerbi was actually correct. The first instance of the word ‘mattress’ being used in Jewish texts was in the 2nd century, and it was written as מׅזְרָן, which is mizran. That makes mizran a more authentic spelling, whereas מׅזְרוֹן is still a valid form, but came from the adapted Ashkenazi Hebrew. In fact, a lot of literature also uses mizron, rather than mizran. It just boils down to preference and to how strictly you follow the “authentic” Hebrew language. But we think it would be best not to get into a heated debate about spelling a mattress and just understand why there are two different spellings for the same word.

A Construct State And Making It Definite

In Semitic languages, there is a rule that is named a ‘construct state.’ and is used to describe two nouns that connect to each other. A construct state is used to describe a noun and characterize it without the use of an adjective like we do in English. You use construct state to produce phrases like the autumn leaves, the bus stop, the Shabbat candles, the evening news, etc. To make a construct state definite, ה (also known as hay hayedia) is used only with the absolute noun, which is the second unpossessed noun in place. Here are a few examples:

All of these are used in the correct format. However, Hebrew speakers are used to the hay hayedia being used before the noun that it makes definite, that they might place the prefix incorrectly, and add it to the first noun in the phrase. This is grammatically incorrect and doesn’t fulfill the requirements of a construct state. And since the incorrect way sounds natural to say, it isn’t immediately correct by peers. However, understanding the grammar rules can make you point out irregularities and avoid common mistakes.

Some of these points may seem confusing, but it’s essential to understand all the confusing parts of a language so you can navigate them more carefully. While true that learning Hebrew takes a lot of time and effort, the end result is incredibly gratifying. However, if your aim is to be fluent in speaking and writing the language, it would be best to get some professional help from native Israeli teachers.

At Ulpan-Or, you can get Hebrew language learning classes from the comfort of your home. The classes are designed to help students tackle grammar, speaking, and reading through various activities and lesson plans. To better understand the comfort level of a student, we provide them with a free test that helps us determine whether they’re at a beginner, intermediate or expert level with the language. Once we evaluate the language level, we customize a lesson plan that can best meet their goals. We have different class durations and outcome goals, so you can pick the one that best suits your interests.

Our virtual Hebrew classes are offered in both private and group sessions, with smaller and larger group classes offered based on the students’ comfort level. Not only will you be learning Hebrew, but also sharing the experience with peers who are on the same journey as you! Contact us today for more information about our services!

Can You Learn A New Language By Watching Movies?