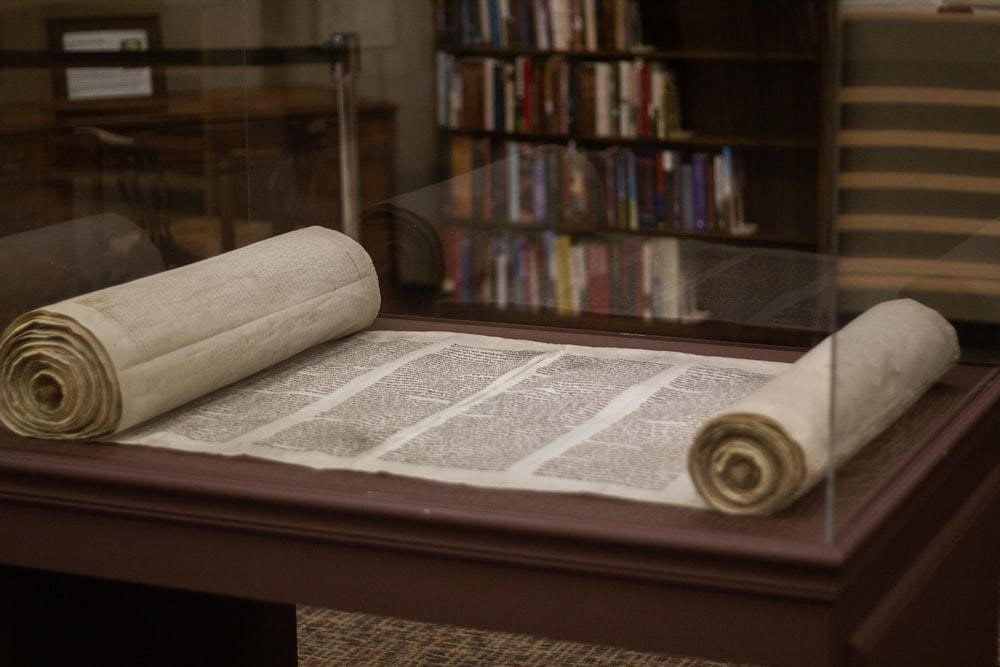 The Hebrew language is thousands of years old and has been preserved over the centuries in ancient scriptures. However, the Hebrew we’re familiar with today is thoroughly modern and is commonly spoken on the streets of bustling cities like Tel Aviv.

Of course, it’s a tightly controlled language with very few words borrowed from European languages. Nevertheless, it is spoken by millions of Israelis as well as by Jews in different parts of the world without any compulsion to dilute it.

Furthermore, the most interesting piece of history is that even just a hundred years ago, in the first half of the 20th century, Hebrew wasn’t spoken by almost anyone as a first language.

How was Hebrew revived, and how did it evolve into Modern Hebrew we know today? Let’s take a look at how Hebrew, as we know it today, came about!

Recommended Reading: How Old is the Hebrew Language?

For the Hebrew language, the exile meant a disappearance of the language from everyday use and also led to its consequential use strictly for liturgical and literary purposes during the Second Temple period, i.e., 515 BCE to 70 CE.

However, forty years after the destruction of the First Temple, Cyrus the Great conquered Jerusalem (in 539 BCE), and Jews were welcomed back into Jerusalem. The Second Temple was built after this and finished in 516 BCE (in twenty years).

During this period, Jews still spoke Hebrew, but the evolution of spoken Hebrew was well underway. It was not much like the original, and loan-words from languages like Greek and Aramaic were adopted. Oftentimes, Jews simply spoke Aramaic, which is another Semitic language closely related to Hebrew and is still alive in Syria today.

Moreover, Jesus also principally spoke Aramaic, and scholars believe that the Dead Sea Scrolls were written during this period. If you’re not familiar with these scrolls, they were discovered by a Bedouin farmer during the 1940s in a cave near the Dead Sea in Israel.

The Dead Sea Scrolls are an amazing cache of documents that date back thousands of years. Most of these documents were written in Hebrew, and only a small number were in Greek or Aramaic. Why are these scrolls important? Because most of them are written in “pure” Hebrew.

Therefore, it gives us an idea that loan-words may have entered spoken Hebrew, but written Hebrew consciously didn’t use any foreign language words. However, the downfall of spoken Hebrew continued and was aided by several crucial events.

The Destruction of the Second Temple

The Romans, around the year 70 CE, destroyed the Second Temple. Historically, this also served as a defining existential threat to Jewish people, who then decided to write down the traditions of the Oral Torah, which is now known as the Mishnah. The language used for this is now known as the “Mishnaic Hebrew.”

During the 132-136 CE, the Jews revolted against Roman rule, which is now known as the Bar Kokhba Revolt. This revolt almost led to the extermination of Jewish people, and many were sent into exile across Europe.

This scattering of the Jewish people meant that keeping the spoken Hebrew alive became more difficult than ever. Jewish people had to learn and speak other languages to be able to communicate with their new neighbors.

Therefore, for the approximately next 1700 years, up until the mid-19th century, Hebrew became a literary and liturgical language, used only in religious proceedings and periodicals. During this period, Jews spoke other languages, and Hebrew influenced some variants that were used within the Jewish communities.

Languages like Yiddish, Judaeo-Spanish, and Judaeo-Arabic are some examples of Hebrew-influenced languages that were used by the Jewish diaspora. This continued until the mid-19th century, when Jews decided to move back and started speaking Hebrew, leading to its revival and the development of Modern Hebrew as we know it.

Recommended reading: Bible Scholarship and its Connection with the Hebrew Language

The Revival of Hebrew Language

It’s common knowledge that Hebrew was revived and modernized for Jews living in Israel. However, how exactly this revival and modernization happened is not very well known.

Mendele Moykher Sforim (pen name Sholem Yakov Abramovich) was a Russian-Jewish author credited with the modernization of written Hebrew. His focus was solely on adapting Hebrew for modern use in the written medium, not in spoken form.

He took inspiration from Medieval Hebrew, Aramaic, and Mishnaic Hebrew to develop this new lexicon which was published during the mid-19th century.

Modern Hebrew as the Language of Jews

The credit for the movement of using Hebrew as a spoken language goes to Eliezer Ben-Yehuda, also known as the father of Modern Hebrew. Ben-Yehuda moved to Jerusalem from Belarus in 1881 at the age of 23. By then, he was fluent in the Hebrew Bible.

Ben-Yehuda had the belief that a nation is defined by its people, its geography, and its language. Therefore, he believed that Hebrew should be the language of Jewish people. So, he made the pact to only speak Hebrew while he lived in Jerusalem.

This may sound like a crazy notion but it wasn’t so crazy after all. The various Jewish communities living in the region at the time had already adopted Hebrew as the lingua franca. Furthermore, there was a need for a common language as Jews had immigrated from all over the world and Hebrew became it.

However, the use of Hebrew at the time was only in fragments and was mostly supplemented by other languages. Therefore, Ben-Yehuda made it his mission to develop a modern Hebrew vocabulary so it would be ready to be a national language.

He adopted words from ancient Hebrew as well as brand-new words and spread them through newsletters. He convinced the people he knew to start using Hebrew as an everyday language. Furthermore, he established the Hebrew Language Council, later formalized as the Academy of Hebrew Language in 1953.

Recommended Reading: Modern Vs. Biblical Hebrew: Which One Do You Need to Learn?

This Academy is responsible for approving new words, making decisions related to writing and grammar, and overall defending the use of Hebrew as Israel’s national language. It’s also worth mentioning that the First and Second Aliya (two waves of migration) cemented Hebrew’s revival.

Today, around 9 million people speak Hebrew, most of them in Israel. In conclusion, it is fair to say that Hebrew has a complex and fascinating history. The revival of spoken Hebrew may have seemed like an impossible dream even a century ago.

However, its revival isn’t just the story of an ancient language being revived, but it’s a story of a national and cultural revival that is unprecedented in history.

If you’re interested in learning Hebrew, Ulpan-Or is a leading Hebrew learning institute, teaching Hebrew online to thousands of students from all over the world, including the US, the UK, Australia, and Canada.

Ulpan-Or offers a variety of Hebrew learning programs including self-study courses, and rapid Hebrew immersion programs. Get in touch with us now to learn more!

Benefits of Learning a Language Online

How Does the Hebrew Calendar Work?