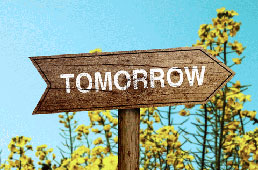 THE CONCEPT OF TOMORROW

This Shabbat we will start reading from the third book of Moses – ויקרא (Leviticus).

Leviticus is a word deriving from Greek and Latin, meaning, “pertaining to the Levites”.

It reflects the fact that in Judaism the priests – descendants of Aaron – were from the tribe of Levi.

This book has also another name – Torat Cohanim,(תורת כהנים)“the law of the priests”.

As the name Torat Cohanim implies, this book is about the priests and their function performing the services at the sanctuary.

This Shabbat, which precedes the holiday of Purim is called Shabbat Zakhor – Sabbath of remembrance – שבת זכור.

On Shabbat, usually, seven people are called to read from the Torah, each – for a certain paragraph of the portion. Then the eighth person (called Maftir – מפטיר) reads the three concluding verses from that portion.

This Shabbat a fragment from Deuteronomy 25:17-19 (at the end of Torah portion Ki Teizei), describing the attack by Amalek, is recounted instead by the Maftir. 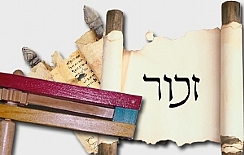 Haman, the antagonist of the Purim story, was descended from Amalek.

The concluding portion includes a commandment to remember the attack by Amalek, and therefore at this public reading both men and women make a special effort to hear the reading.

There is something unusual about the way this word appears in the Torah.

Its last letter, an aleph – א, is written small – almost as if it barely existed.

The standard-size letters spell out the word vayikar – ויקר, meaning, “he encountered, he chanced upon.”

Unlike vayikra, which refers to a call, a summons, a meeting by request, vayikar suggests an accidental meeting, a mere happening.

Our sages noted the difference between the call to Moses with which the book begins, and G-d’s appearance to the pagan prophet Bilaam.

This is how the midrash puts it:

Moses, in his humility, did not want the word ויקרא (fully spelled) to allude to his importance, so he chose to spell it in a compromising way, diminishing the size of the letter “Alef”.

By doing so, he wanted to emphasize the omnipresence of the creator and reduce the magnitude of his personal presence as a human being.

The People of Amalek, on the other hand wanted to nullify the presence of the Creator and immediately after People of Israel left Egypt, following all the miracles that happened there, declared war on Israel, thus emphasizing that “what was in the past” will be the same in the future.

According to them nothing miraculous had occurred.

They could not tolerate the fact that “tomorrow” – ‘The Future’ could be completely different from “yesterday” – ‘The Past’.

Bilaam in his prophecy proclaimed the following about the nation of Amalek:

And he looked at Amalek and took up his discourse and said, “Amalek was the first of the nations, But his end shall be destruction.“ (Numbers 24:20) 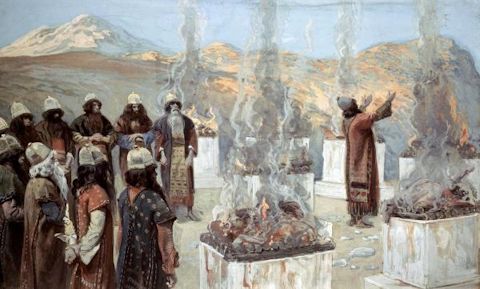 In Hebrew the word “tomorrow” – מחר  and the word “end” – אחרית  have very similar origin.

This might give as a clue to the fact that in the battle with Amalek the word מחר – tomorrow plays a very important and unique role.

When Moses summons Joshua to fight Amalek he says:

And Moses said unto Joshua: ‘Choose us out men, and go out, fight with Amalek; tomorrow I will stand on the top of the hill with the rod of God in my hand.’ Why did Moses have to wait until tomorrow to start fighting Amalek?

And David smote them from the twilight even unto the evening of the next day (tomorrow); and there escaped not a man of them, save four hundred young men, who rode upon camels and fled.

Going further to the book of Esther we find the word tomorrow when she confronts Haman, the descendent of Amalek:

If I have found favour in the sight of the king, and if it please the king to grant my petition, and to perform my request-let the king and Haman come to the banquet that I shall prepare for them, and I will do tomorrow as the king hath said.’

The word “tomorrow” appears again in relation to Haman’s sons:

Then said Esther: ‘If it please the king, let it be granted to the Jews that are in Shushan to do tomorrow also according unto this day’s decree, and let Haman’s ten sons be hanged upon the gallows.’ 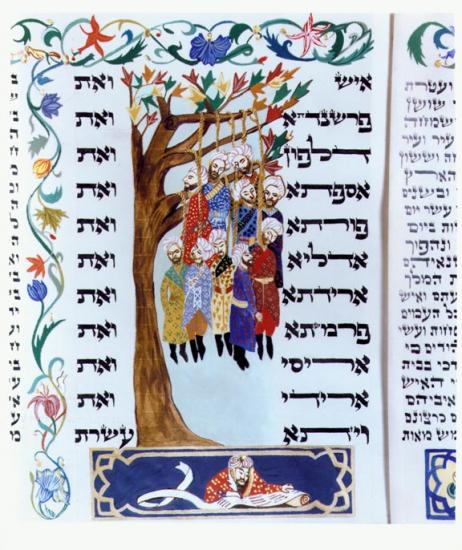 And the question arises again:

Why are there so many “tomorrows” when it comes to fighting Amalek?

So, maybe if we connect the dots, we will come to understanding that Amalek’s perception of existence-time is linear.

What exists “today” will be the same “tomorrow”.

For him a quantum leap is impossible – it does not exist, the “tomorrow” is just a linear continuation of “today”.

Our sages state the Midrash:

The Amalek gets punished in “the day of tomorrow” as says Moses:

This statement actually tells that Amalek’s existence, who does not believe in the heavenly intervention, ceases “on the day of tomorrow” which in fact could be completely different from the day of ‘today‘.

Contrary to that, in our tradition we have a saying:

“Even when a sharp sword in leaned against person’s neck, he should maintain his hope for mercy”…

The word “tomorrow” enfolds the whole concept of Purim – ונהפוך הוא “VE’NAHAPHOCHU”, meaning – turned to the contrary, as it states in the book of Esther:

Listen below the reading of Parashat Zakhor: 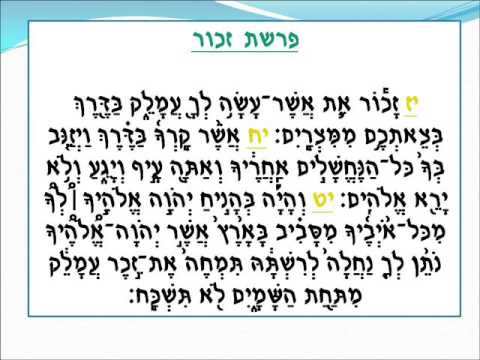 Let’s take a look at the root הפך – contrary, upside down

In our tradition the month of Adar has the special power to turn everything for the better.

Wishing you and your loved ones for everything to turn for the better!