We are now going through the period of nine days, which started at the beginning of the month of Av.

These nine days are the last days of the period of 21 days, what is called in Hebrew:

Actually, the real Hebrew date is Saturday, but because of Shabbat, we postpone the fast and the mourning and have it on Sunday (starting Saturday night).

When the People of Israel were poised to enter the Land of Israel, Moshe sent out spies to investigate the land.

These spies returned slandering the Land of Israel and saying that G-d could not bequeath the Land to the Jewish People because its inhabitants were too strong. That night the People of Israel cried.

The Midrash tells us that G-d said:

“You cried for nothing. I will establish for you a crying for generations.”

That night was the night of the 9th of Av – ‘Tish’a Be’Av”, the date of disaster in the Jewish calendar.

On this very date both Temples were destroyed.

The following story is told of the great French leader, Napoleon.

He once was traveling through a small Jewish town in Europe.  Napoleon entered a synagogue. There he saw an incredible sight. Men and women weeping.

They were sitting on the floor on small stools holding candles while reading from books. The synagogue had an elaborate chandelier but only a few candles were lit. It was a gloomy and sad sight to behold.

Napoleon asked why the people were weeping and wanted to know what misfortune had happened here.  A Jewish French officer told him the Jewish people had a custom to gather once a year on a day called the ninth day of Av, the day that marks the destruction of the Jewish people’s Temple.

After their Temple was destroyed, the people were scattered all over the world and sold as slaves.

In order to commemorate this sad event, they gather once a year in synagogue. There they fast, pray, and read sad prophetic writings concerning the destruction of their Temple and land.

Napoleon inquired as to how many years have they been doing this. He was told that it has been over 2000 years.

Upon hearing this, Napoleon exclaimed, “A nation that cries and fasts for over 2,000 years for their destroyed land and Temple will surely be rewarded again with their own Land and Temple.”

PUTTING THE MOUTH BEFORE THE EYE

On the ninth of Av, we read the Book of Eicha (Lamentations) in the Synagogue. 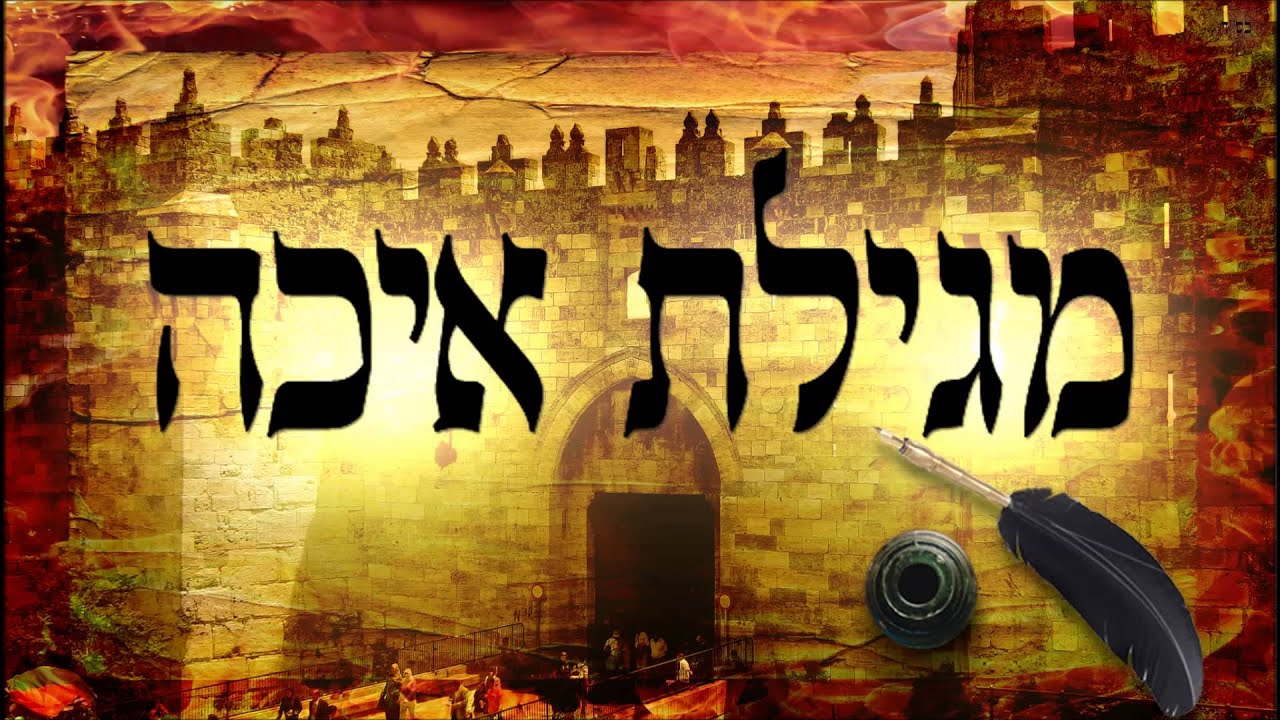 Each one of the four first chapters in Eicha is written in an alphabetic order.

The first verse of each chapter begins with Aleph, the second with Bet, etc.

However, towards the end of the fourth chapter, there is a strange reversal of the alphabetical order. Instead of having the letter Ayin ע precede letter Peh פ, the order is reversed.

Here is the “normal” order, in which ע comes before פ: And here is the “reverse” order, in which פ  comes before ע

in the Book of Eicha:

‘Depart ye! unclean!’ men cried unto them, ‘Depart, depart, touch not’; yea, they fled away and wandered; men said among the nations: ‘They shall no more sojourn here.’

The anger of the LORD hath divided them; He will no more regard them; they respected not the persons of the priests, they were not gracious unto the elders.

As for us, our eyes do yet fail for our vain help; in our watching we have watched for a nation that could not save. Similarly, the letter Ayin is not only a letter, it is also a word .
Ayin means ‘eye‘ – עין In other words, the very structure of the Book of Eicha hints to the error of the spies – they put their mouths before their eyes!

The spies reversed the pattern of Reality.

They changed the priority order, placing the Peh – the mouth – before the Ayin – the eye.

They actually wrote their own false film script and then they saw what they had said. 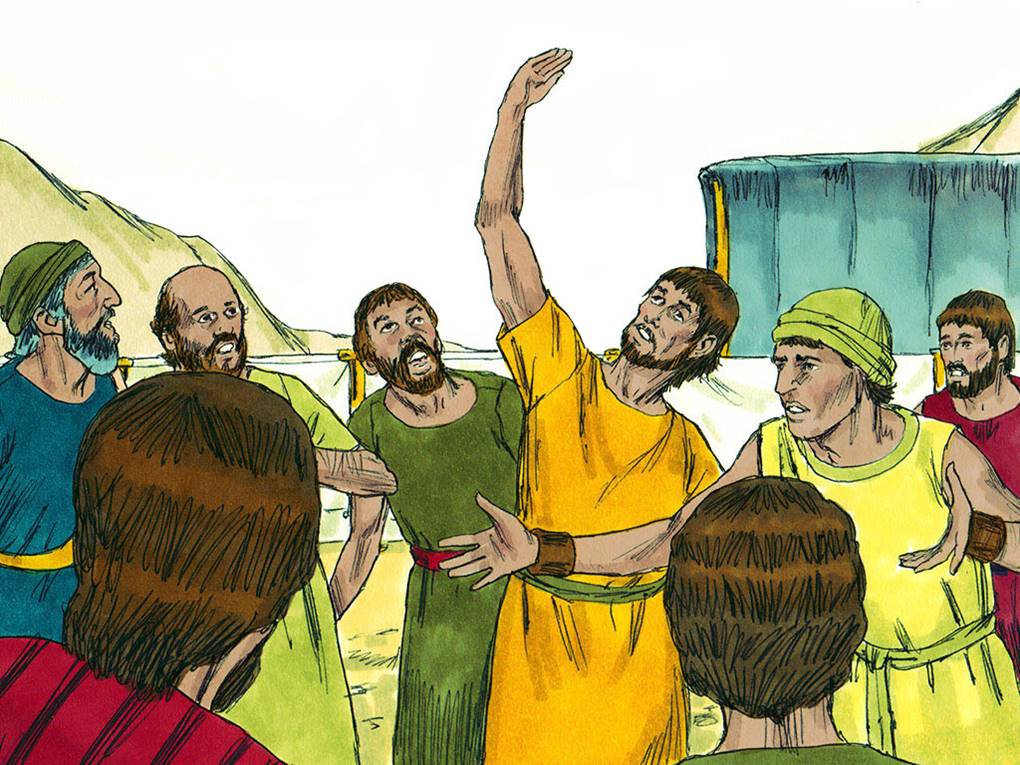 When we cry on Tisha B’Av, we reverse the process that was the root of the evil of the spies:

Tears wash the eye and purifying the perception of the world. 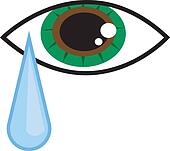 Thus the Ayin – eye assumes again its proper placement before the Peh – mouth.

Below are some expressions with the Hebrew words פה and עין

Watch a rare footage of people at the Wailing Wall chanting verses from “Eicha” more than 100 years ago. 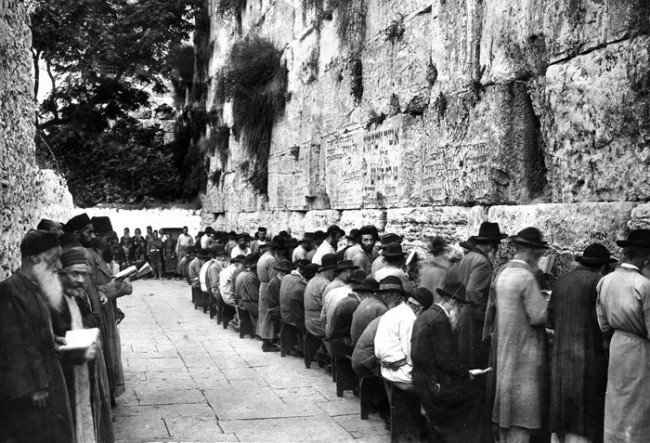 In addition to our one-on-one courses, in September we will start offering our NEW  Active HebrewTM programs, designed for very small groups (only 2-4 participants) in our Israeli branches as well as for those who participate in our Guided Distance Learning programs.

CHANGE OF THE ORIGINAL INTENTION?