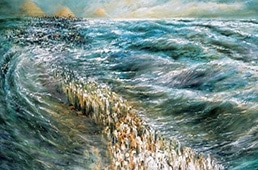 This Shabbat we will read Torah portion “Beshalakh” – בשלח in the book of Exodus.

It is named after the song sang by the People of Israel, after the sea had parted for them and they were rescued from the Egyptian army. 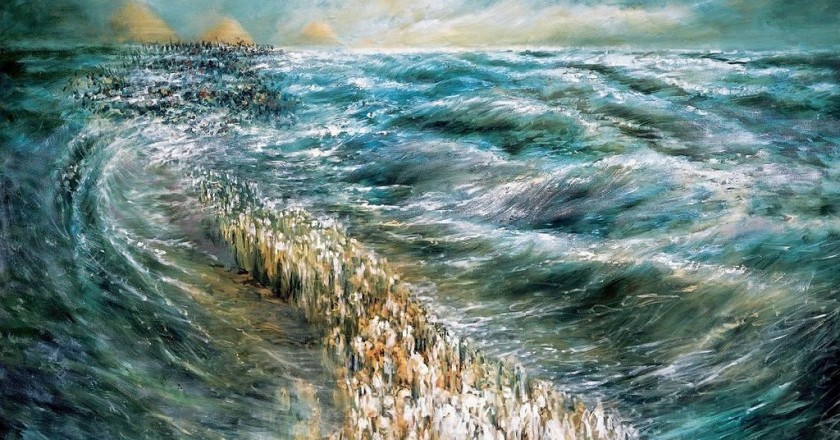 This song is the second one mentioned in the Midrash.

The Midrash enumerates ten preeminent songs in the history of Israel — ten occasions on which our experience of redemption found expression in melody and verse in the bible. 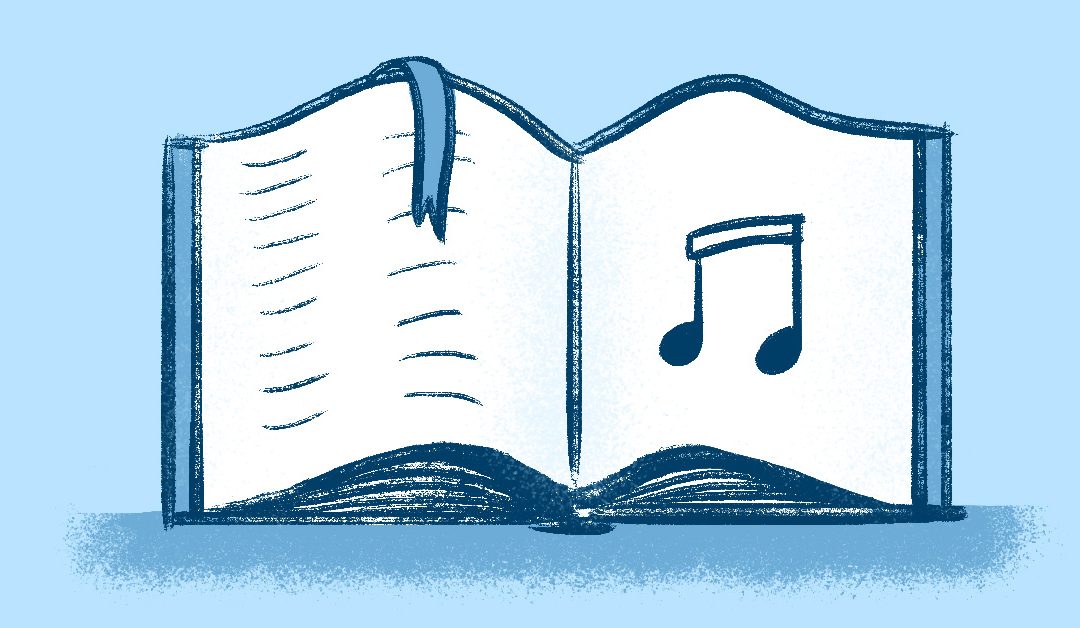 The first nine are:

4.    Moses’ song upon his completion of writing
the Torah (Deuteronomy 32)

9.    King Solomon’s Song of Songs extolling the love
between the Divine Groom and His bride Israel.

The tenth song, says the Midrash, will be the

of the final and ultimate redemption; a redemption that will annihilate all suffering, ignorance, jealousy, and hate from the face of the earth.

This ultimate redemption requires a ‘NEW SONG’ — a completely new musical approach — to capture the voice of Creation’s ultimate striving.

Let’s now relate to the “Song of the Sea”. 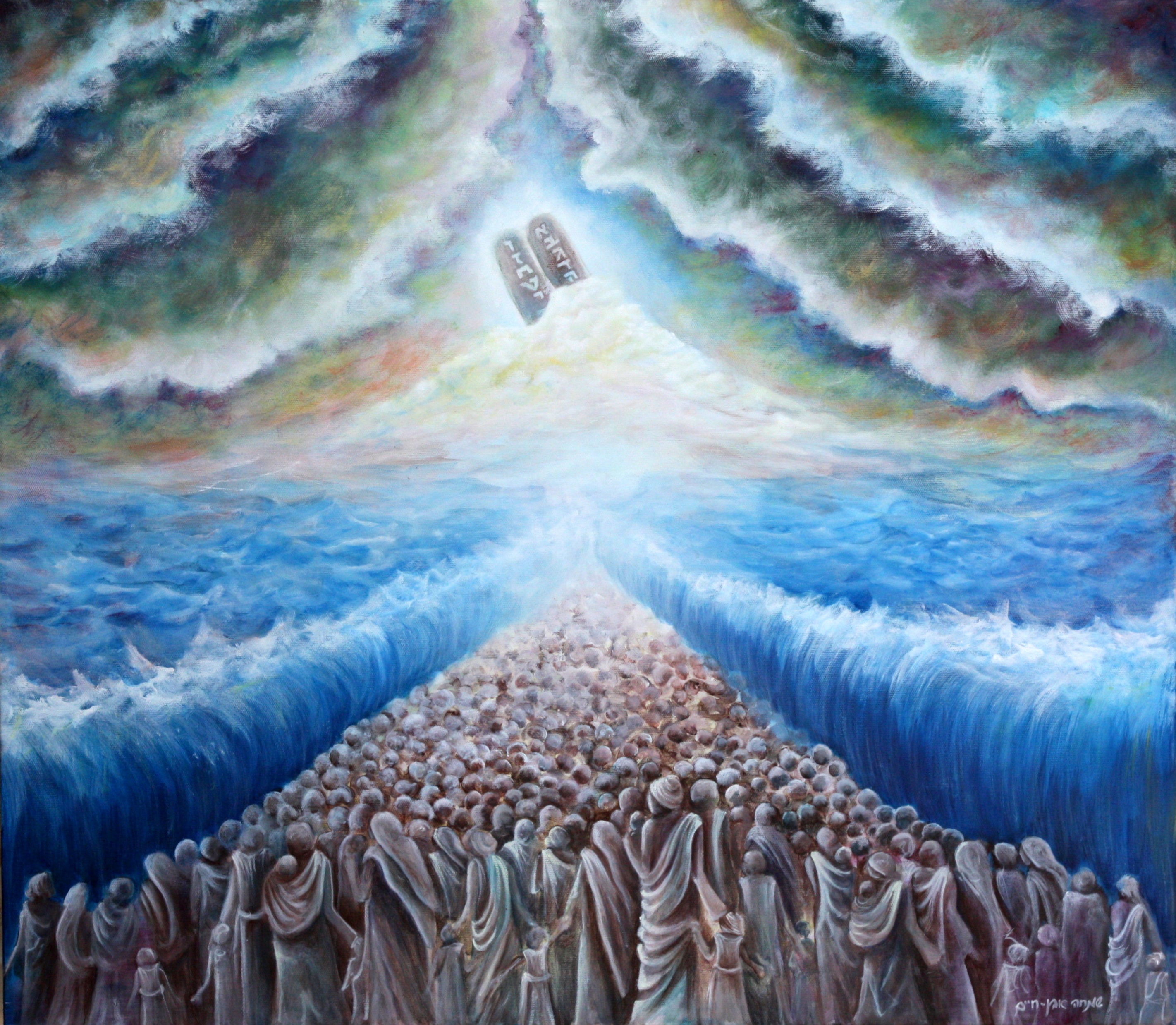 The Talmud says that they sang together spontaneously, and miraculously the same words came into their minds at the same time.

In recollection of that moment, this week’s Shabbat is named Shabbat Shirah,  שבת שירה the Sabbath of Song.

There is an special inner connection between music and the soul.

Music, said Rabbi Cook is “a pen of the soul”.

Speech is the language of the mind.

Music is the language of the soul.

When we want to express emotions, we turn to song – to melody.

In our prayers we sing. We do not recite sacred text – we chant, we sing!

Every sacred text has in Judaism its own specific melody.

Words without music are like a body without a soul.

In Hebrew alphabet we have 22 letters. In addition to those we have 10 vowels.

These are written underneath, above or beside the consonant letters and are called –נקודות ,  NEKUDOT (dots)

Each vowel is also תנועה – movement, because it “moves” the silent letter.

The 22 consonant letters are “silent” and motionless unless “moved” by the vowels.

The vowels are considered to be the “soul” of the letters similar to the relation of the soul and human body. 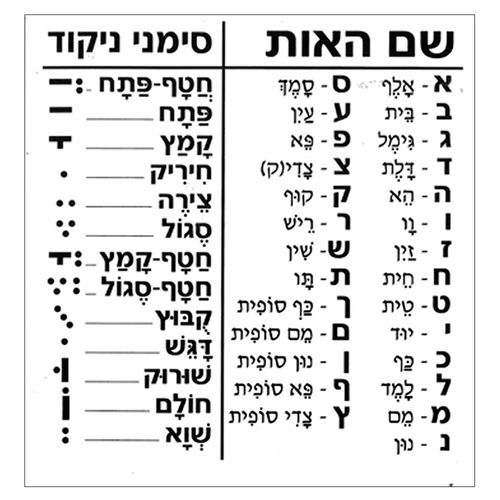 Going deeper, in addition to the letters and Nekudot in Hebrew, there are cantillation marks and crowns over letters.

Note that certain letters in the sacred text have little crowns on them:

It is interesting to point that according to Kabballah, these four attributes come from higher spiritual worlds.

And the highest of all of them is the ‘Cantillation marks” – the MUSIC – the SONG.

The children of Israel sang when they crossed the Red Sea and emerged on the other side, as free people.

Let us hope that soon we will sing the tenth

The song of the ultimate redemption!

Shabbat Shirah comes always in proximity with the

“Holiday of the Trees” – Tu Bishvat.

You are welcome to watch a short video explaining some of the customs of this holiday. The root word שיר SHIR in Hebrew is actually something round, circular. It alludes to the repetitive nature of a song, closing the motive circles.

The same is with dance in Hebrew – מחול – MAKHOL

It alludes to the circular movements when dancing. And the special bread used for Shabbat and holidays

חלה – KHALAH  also has that root חל because of the circular structure of this bread.

Following Rabbi Kook’s definition of music, being the pen of the soul, we would like to extend it to Hebrew.

Hebrew is a spiritual language, in which the world was created and which was spoken by the prophets.

By talking to Israelis in their language – Hebrew, it not only goes to their heart, but to their soul as well.

And we at Ulpan-Or are here to help you learn and use Hebrew.

Repeating, but… New and Different