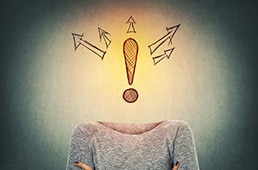 This Shabbat special prayers and blessings will be recited to welcome the month of Adar, which occurs Wednesday next week.

And two weeks later we will celebrate the Holiday of Purim. One of the commandments for this holiday is to read the book of Esther  מגילת אסתר.

Therefore, this time we would like share with you a few thoughts regarding Queen Esther, who, as described in the book of Esther, played a crucial role in saving the Jewish people from Haman’s plot.

One of the ways to understanding people, is their names.

According to our sages, names are not given by accident. Whenever Jewish parents give names to their children, they are granted a certain measure of Divine inspiration, and thus they give each child the name that is appropriate for that child’s soul.

In the case of Esther things are a bit more complicated, because she had two names.

The name given to her by her parents was Hadassah הדסה.

The name given to her by the Gentiles when she became queen was Esther אסתר.

In Hebew the name Esther אסתר means “hidden,” and indeed, Esther’s true identity was hidden in plain sight, so she could bring salvation for her people.

For many years, no one knew that Queen Esther was Jewish – the Megilah tells us: “Esther did not reveal her race or nationality, because Mordechai had ordered her not to“. The name Hadassah comes from the word “Hadas” – הדס, which means myrtle. The myrtle is a rather plain-looking plant, but when its leaves are bruised and crushed they give forth a very sweet fragrance.

[As a matter of fact, some people use the crushed leaves for spices during Havdalah on Saturday night].

Let us take a look at Esther’s life. There she was, in the city of Shushan in Persia, living as an orphan with her uncle Mordechai in exile.

Esther was taken away from her uncle’s home and was forced to become the wife of a Gentile King, Ahasuerus.

Esther, who was orphaned at a young age, now had to live her adult life in misery as well. Esther lived at the king’s palace for nine years before revealing herself as the events of Purim took place.

Just as the “Hadas” which is only fragrant when it is bruised and crushed,  so often must we undergo suffering in order to fully show our inherent traits.

Our good and sweet smell is inherent, but it does not always manifest itself until brought forth through difficult times.

Whatever trouble we may be going through, for whatever reason, we may need to be “bruised and crushed,” like  “Hadas”.

But there is always an “Esther”, a hidden salvation waiting for us, prepared for us long before the hard times began. Repeating The Message - Why?