This Shabbat we will start reading the book of Exodus, called in Hebrew שמות, which means “Names”.

And the first portion in this book is also called “Names” – שמות.

Speaking of names, we are faced with a puzzling phenomenon in this portion – actually all the important characters in it are not introduced by their names!

Without doubt, he most important character in the Bible is Moses.
One would expect him to be introduced at birth.

And yet, we only hear his name after he is brought into the house of Pharaoh (Ex. 2:10).

He did not receive his name until after he was placed into the river and subsequently picked out by a woman which the Torah does not reveal her name calling her just “the daughter of Pharaoh”.

We do not know which Hebrew name he was given by his parents at birth.

In the case of his brother, Aaron, he doesn’t come on the scene until Moses moves to Midian.

We do not find the name of his sister either. 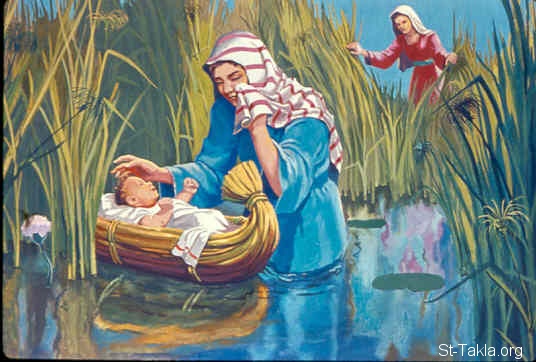 Furthermore – the anonymity continues in all those surrounding him.

The next day, “two Hebrew men” are brawling, with “the wicked one” striking “his fellow”, and Moses soon fears being reported to “Pharaoh” (2:13-15).

Only after many years, all those anonymous faces open before him and get names outside of “nameless” Egypt.

This happens actually in Midian.

Then, God instructs Moses to give up this newfound home – this land of Tzipporah, Reuel, and Gershom – and return back to nameless Egypt.

So, why is it that the Torah does not initially reveal the names of all these people?

Even God is described as “Elohim,” the generic phrase for any deity.

One way to look at it, is to relate to Names as marks of the journey of the People of Israel.

There is that national narrative, marked by God’s distancing himself from his people and then “remembering” his People.

Maybe the Torah is showing us a powerful contrast?

The contrast between the children of Israel when they first came to Egypt on the one hand, and their descendants who bore the yoke of Egyptian slavery on the other.

The book of Exodus does begin with the names of Children of Israel, presented to us tribe by tribe.

The Israelites came in as men of stature; a clan of men who were accustomed to success and status.

They gained high status and power in Egypt.

However, when a new Pharaoh arrives and the children of Israel become slaves, their names disappear…

Their children are murdered, the heroic midwives, who try to save the babies remain unnamed (Puah and Shifra are not their real names but rather descriptions related to their deeds).

Only at the end of the second chapter does God hear His people’s groans, and then remember His covenant “with Abraham, with Isaac, and with Jacob” (2:24).

Then, God again calls His children by their name (2:25)

And God saw the children of Israel, and God took cognizance of them…

Only at the beginning of the 3-d chapter, when Slavery starts transforming into redemption, God’s explicit name – Lord appears for the first time (3:4) in the Book of Exodus:

And the LORD saw that he turned aside to see...