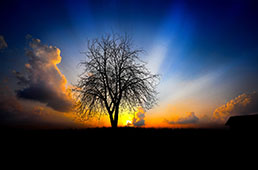 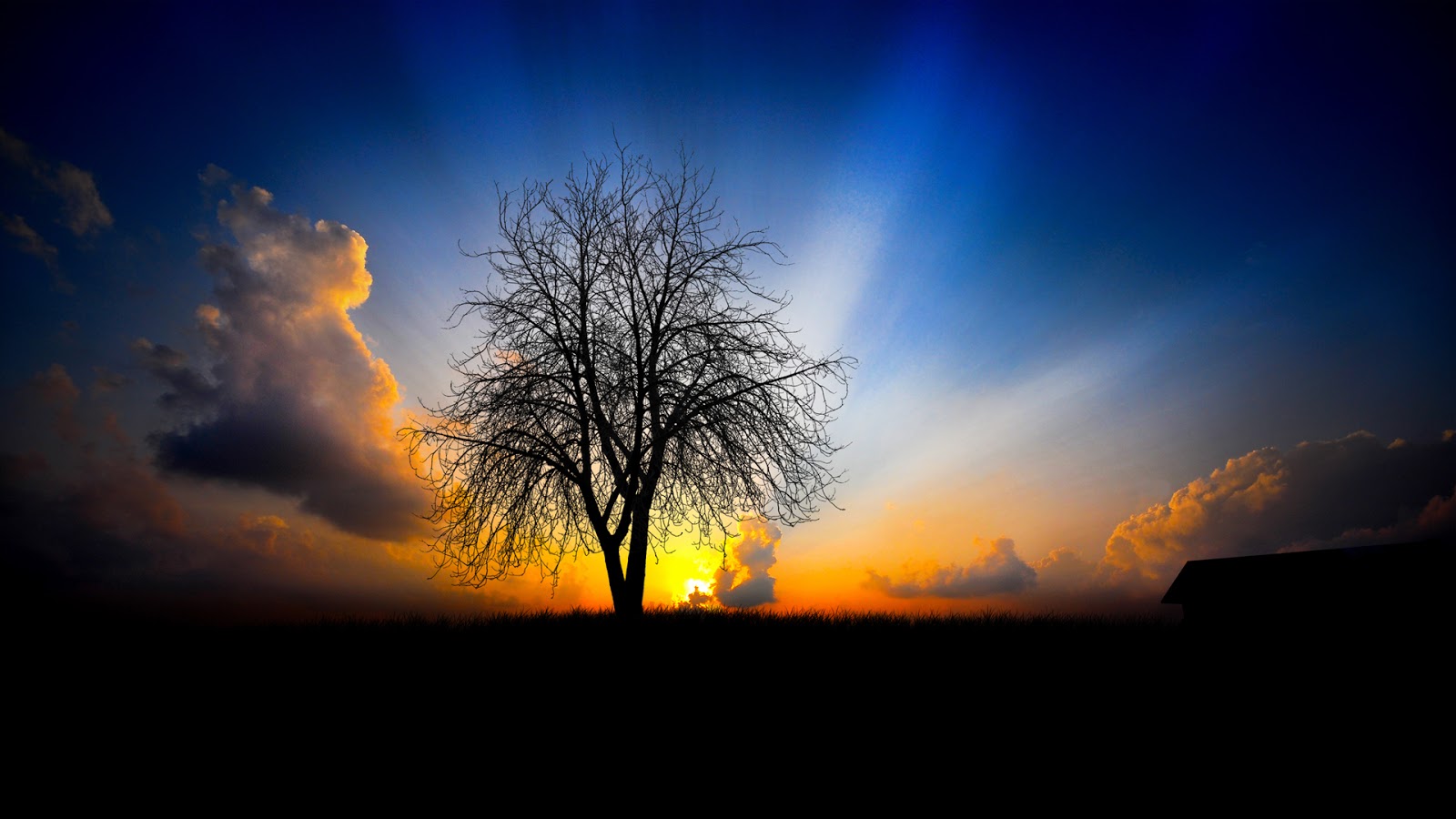 This Shabbat we will read the Torah Portion “Mishpatim” in the book of Exodus.

In this portion G‑d promises to bring the people of Israel to the Holy Land, and warns them against assuming the pagan ways of its current inhabitants.

Series of laws are given to the people of Israel.

These include the laws the penalties for murder, kidnapping, assault and theft; civil laws pertaining to redress of damages, the granting of loans and the rules governing the conduct of justice by courts of law.

Also included is the observance of the seasonal festivals, and the agricultural gifts that are to be brought to the Holy Temple in Jerusalem, laws warning against mistreatment of foreigners, the prohibition against cooking meat with milk.

The people of Israel proclaim:

“We will do and we will hear all that G‑d commands us.”

By preceding to the doing to hearing they showed their readiness to act according the laws even before fully understanding those.

One of the laws deals with providing help to an enemy:

“If you see the donkey of your enemy collapsing under its burden, and are inclined to desist from helping him, you shall surely help along with him” (Exodus 23:5) Why would a person provide help to his proclaimed enemy?

Let’s look at this verse penetrating a deeper layer.

Thus, this verse also instructs us as to the proper attitude toward the body and physicality:

“When you will see the khamor of your enemy” – initially you will see your material self as your enemy (the enemy of your NESHAMA – soul), as something that obstructs and hinders your spiritual growth.

“Collapsing under its burden” – in such a state of animosity between body and soul, that the body in its essence resists the spirituality making it an unbearable burden for itself…

One’s first inclination may be “to desist from helping him” – to shun the body, suppress its instincts, and deny it its wants.

Says the Torah: “You shall surely help along with him“

Aid the material self KHOMER

with its “burden” – NESHAMA (soul)

The relationship between body and soul is depicted in the 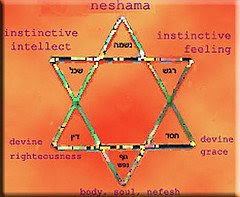 Here are a few interesting facts about “MAGEN DAVID”.

MAGEN DAVID an hexagram is a relatively simple shape and is found in art and architecture across Europe and Asia. While few ancient synagogues bear the star, many churches do.

The most famous synagogue to have the star is the one discovered in 1866 in Capernaum (Kfar Nachum), a village on the Galilee initially founded by the Hashmoneans following their Chanukah victories.

Archaeologists have also found the symbol on the seal of one Yehoshuah ben Asayahu in the remains of the ancient city of Sidon. The seal is dated all the way back to the seventh century BCE.

The scholar Gershom Scholem pointed out that the hexagram was used by alchemists to represent the fusion of fire (the up-triangle) and water (the down-triangle).

This may have a connection to a Jewish teaching on the meaning of the term oseh shalom bimromav, which describes God as making peace in the Heavenly realms.

One explanation is that here in the lower world, water and fire are unable to co-exist, while up in the Heavens God is able to unify these opposing forces.

This divine power was demonstrated with the seventh plague in Egypt, which was “hail with fire” intertwined (Exodus 9:24).

The fact that it was the seventh plague in particular may be noteworthy, since the Star of David has seven parts: the six points of the star and the inner hexagon.

* Note that in Hebrew the word נשמה – NESHAMA – soul

and the word נשם – NASHAM – breathe have the same root.