Right after this coming Shabbat we will celebrate Shavuot – the holiday of receiving the Torah by the People of Israel.

The essence of Torah teachings and commandments has been encompassed by the Ten Commandments engraved on two tablets. 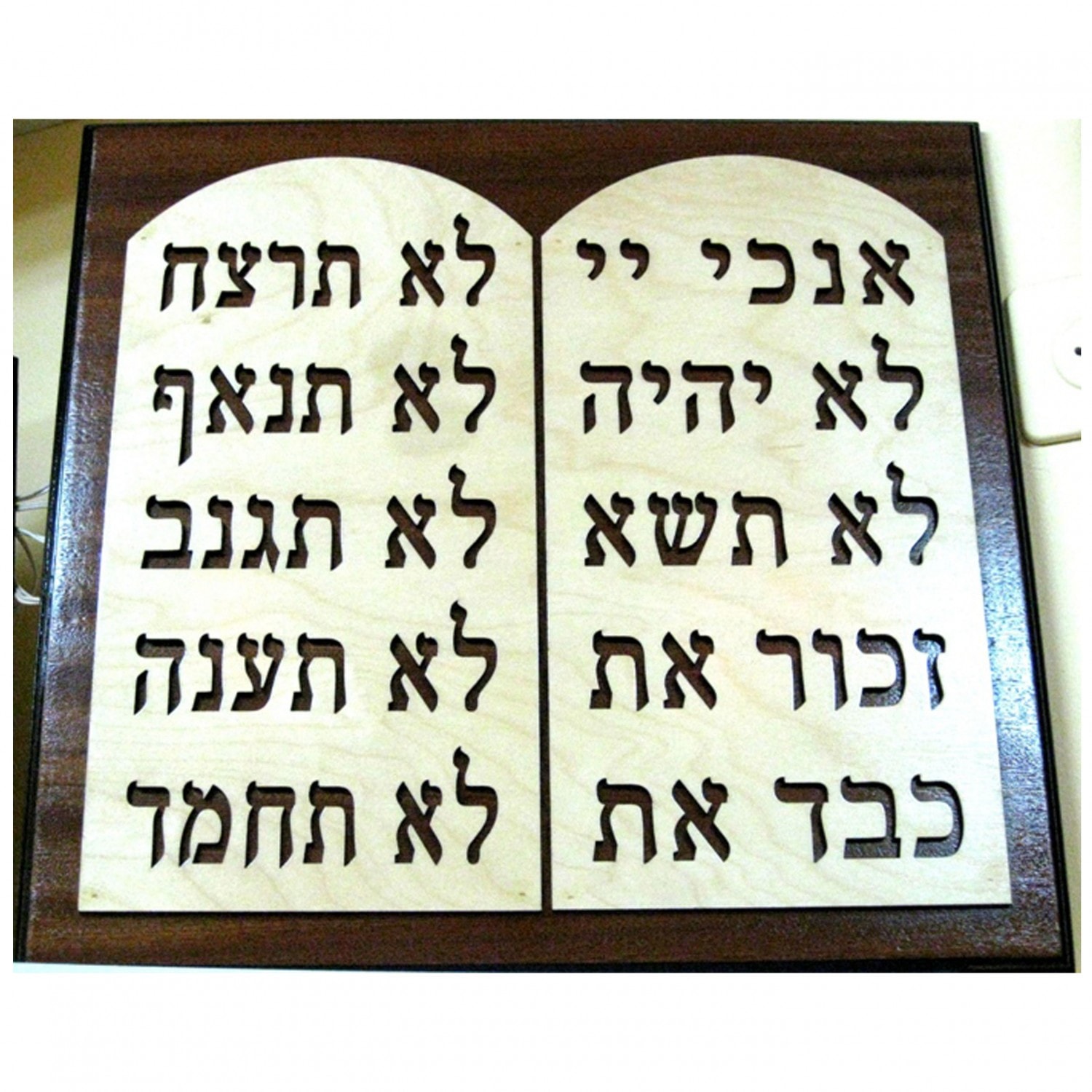 It is common to find in many synagogues and famous paintings the tablets depicted with a rounded top. By the way, the sculpture actually mistranslates the Hebrew word קרן keren (which in Hebrew is both “Ray” as well as “Horn) and depicts Moses with “horns” rather than “rays” of light following his mountaintop encounter with the Lord.

So, who was right about the shape of the tablets and what does our tradition tell about it?

From the Torah we know the following:

And Moses turned, and went down from the mount, with the two tables of the testimony in his hand; tables that were written on both their sides; on the one side and on the other were they written.

Let’s first explore the special writing on the tablets

The Torah describes the writing as “inscribed from both their sides; on one side and on the other side they were inscribed.”

This means that the inscription was engraved through and through. As such, the words were clearly legible on one side and written in mirror writing on the other.

Now there are two Hebrew letters, letter ם (final Mem letter) and letter ס (letter samakh), that are closed from all sides and there is nothing that can hold those onto the stone.

These letters, the Talmud concludes, must have been miraculously suspended in place.

Others teach that the writing was miraculously legible on each side—in other words, although the letters were engraved all the way through, they could nevertheless be read from right to left on both sides.

The material of the tablets:

The tradition is that both sets of tablets were made of sapphire.

After Moses broke the first set, G‑d revealed a large deposit of sapphire under Moses’ tent.

Moses used some of the stone to carve the second tablets, and was permitted to keep the remainder.

The shape and the size

Tradition tells us that the tablets were thick square blocks of stone:

The sages of the Talmud demonstrate how tablets of this size—along with a few other relics—fit neatly into the Ark of the Covenant that Moses made.

It is interesting to note that nowhere is there any mention of them having the rounded tops that are so common in the popular drawings of Moses and the tablets.

This design appears to be attributed to non-Jewish artists.

Anyway, according to the traditional descriptions from the Talmud, one can conclude that Michelangelo had it right.

For most children and youngsters nowadays, the word tablet usually has a different connotation… 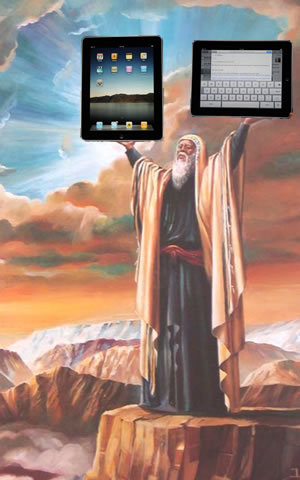 A computerized tablet (device) in Hebrew is referred as טבלט -TABLET How to Resolve Difficult Conflicts