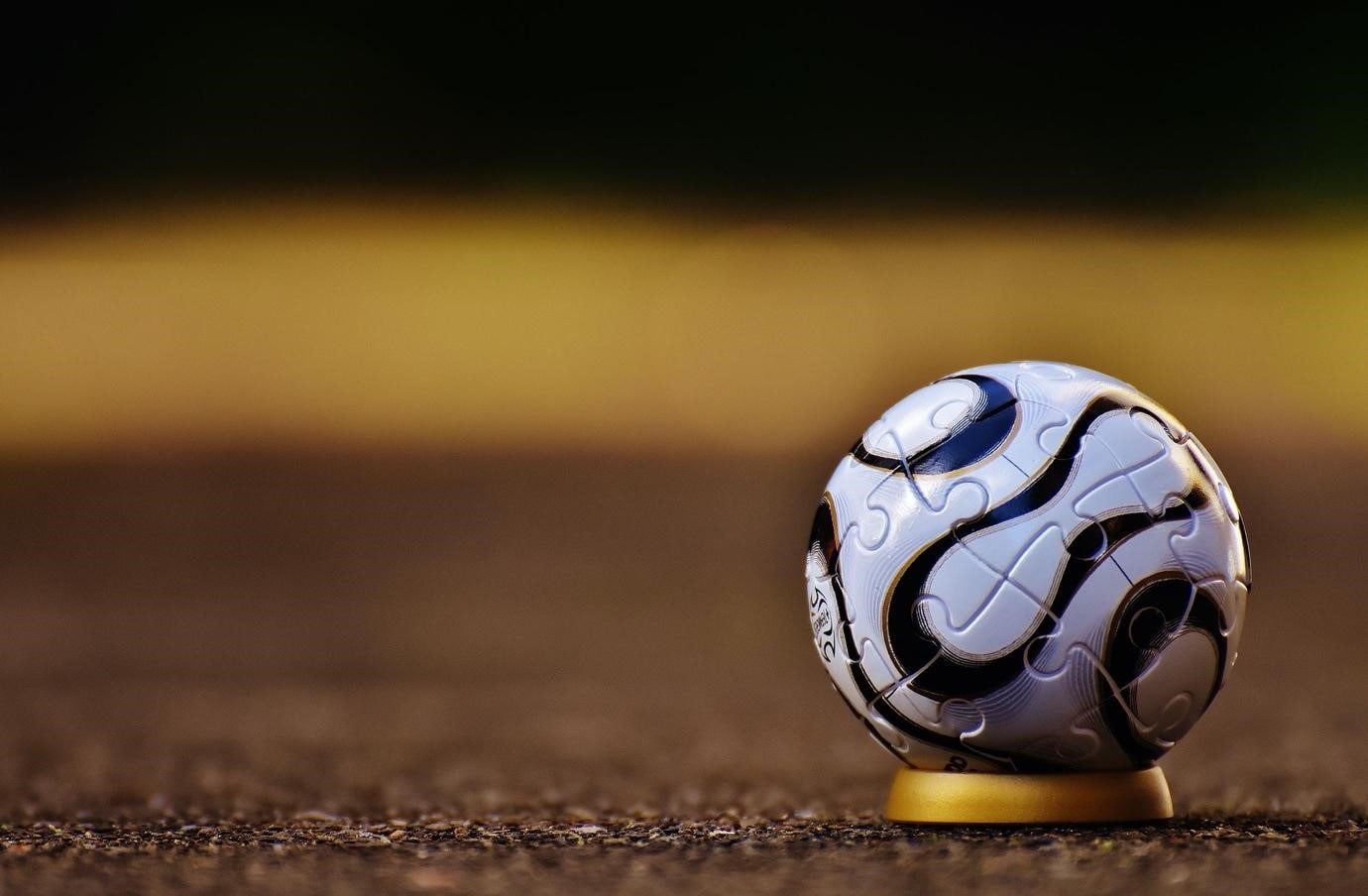 Sports not only play an important role in physical and mental health, but also bring people together.  If you want to understand the impact of sports on a country’s culture, then take a look at the UK and its love for soccer.

The sport is a religion in that country and has shaped its culture since its inception in 1871. Premier League is the major soccer competition in the country, and teams such as Manchester United and Liverpool have evolved from being just soccer clubs to mega brands and institutions.

Sports have given countries their identities. For example, when we hear the word “ice hockey”, we immediately think of Canada, where it is most played and is extremely popular. Furthermore, basketball is synonymous with the United States. Sports have played an important role in resolving national division and providing inspiration for youth. There is nothing better than cheering for your nation at an international competition or being glued to your TV screens to watch your national heroes making the country proud.

As with any other country, sports have played a crucial role in Israel’s economic and cultural development. Since its establishment, the country has produced athletes and sportspersons that have shone on the international stage. Let’s look at some of the most popular sports in Israel, their history, and their influence on its culture.

Recommended Reading: The Pros of Living in Israel

Soccer, commonly known as football in Israel, is one of the most popular sports played globally, and no wonder it’s the most followed sport in the country. It was developed as an organized sport in the UK who controlled Mandate Palestine during their rule. Maccabi Tel-Aviv, the most successful team with 23 championships, was founded in 1906 as a social club.

After gaining independence, the Israeli national soccer team visited the US to play the USMNT in a friendly. Shmuel Ben Dror was the first goalscorer in the history of the Israeli national team.  In 1967, Hapoel Tel-Aviv became the first team in the country to win the Asian Club Championship. It was also admitted to UEFA as an associate member in 1992 and its teams began to play in European competitions.

The Israeli Premier League, organized by the IFA, is the most-watched soccer competition in the country and operates on the relegation and promotion model. There are two other cup competitions, the State Cup and the Toto Cup, along with the premier competition. Apart from the premier league, there are four other divisions where clubs compete in promoting higher divisions.

The highest aim of Israeli Premier League clubs is to play in the UEFA Champions League. The winners of the domestic league are given entry into the most prestigious soccer competition in Europe. The current champions are Maccabi Haifa, who just won their 13th title and took part in the qualifying rounds of the competition. They failed to progress to the group stages of the UEFA Champions League.

Historically, Israeli clubs have done well in European competitions as Maccabi Haifa, Maccabi Tel Aviv, and Hapoel Tel Aviv have qualified for the competition’s group stages. In 2001, Hapoel Tel-Aviv reached the knockout stages of the UEFA Cup competition by beating giants such as Chelsea, Parma, and Lokomotiv Moscow.

Israeli soccer players continue to impress both locally and internationally. They have had an impact on the world stage, and some of them have also played for major European clubs. Yossi Benayoun is the most notable of them, as he played for Liverpool in the English Premier League. Eran Zahavi is a current Israeli national player who was voted the most valuable player in the Chinese Super League in 2017. He currently plays for PSV Eindhoven in the Dutch league.

Other successful players include Eli Ohana, Mordechai Spiegler, Giora Spiegel, Ronny Rosenthal, Avi Cohen, and Tal Ben Haim. Soccer is religiously followed in Israel, where thousands of fans flock to stadiums to watch their favorite teams compete. There are intense rivalries between teams of the same city, often resulting in clashes between the fans.

Another sport that has gained popularity among sports enthusiasts in Israel is basketball. Maccabi Tel Aviv is the most successful team in the Israeli Basketball Premier League. Israel’s achievements in the European Club Championship have been quite remarkable. Maccabi Tel-Aviv has won the EuroLeague six times and finished runner-up to the Soviet Union in the 1979 European Club Championship.

Apart from men’s basketball, the women’s league is also popular in the country. Elitzur Ramle and Anda Ramat Hasharon are the two most popular women’s teams. Shay Doron became the first Israeli woman to play in the WNBA when she signed with New York Liberty in 2007.

Tennis is another widely watched sport in Israel. Native players have generally done well on the international tennis circuit, with Shahar Peer being regarded as the most successful Israeli tennis player. She has won five WTA singles and three ITF doubles titles. She made the country proud by breaking into the top 20 singles player rankings in 2006 and achieved her highest career ranking of 11 in 2011.

Andy Ram and Yoni Elrich are successful doubles pairs who won the Australian Open in 2008. They consistently established themselves in the top 10 for several years. Israel is a regular participant of the Davis Cup and made history when the team reached the competition’s semi-finals in 2009.

The Olympics are huge in the country. In the recently concluded 2020 Tokyo Olympics, the country won two gold medals in gymnastics and two bronze in judo and taekwondo. It was the country’s best showing as it has only won seven medals altogether before that. The first Olympic games that Israel participated in was held in Helsinki in 1952. Yael Arad is the first medal winner when she won a silver in judo at the 1992 Barcelona games.

Apart from the Olympics, the country hosts its version of the Olympics – the Maccabiah Games. It is a competition that the International Olympic Committee recognizes. The widely anticipated competition attracts Jewish athletes from across the globe.

As mentioned, sports have played a big role in the cultural development of the country. You’ll find groups of people playing soccer in the streets and basketball in outside courts. Due to the diverse terrain and the amazing beaches, Israel has produced quality scuba divers, windsurfers, and water skiers. A local sport, Matkot is quite popular among water sport enthusiasts.

Since its inception, the country has placed a lot of emphasis on sports. Young people are encouraged to take up sports which promote competitiveness and fitness. Young Israelis participate in various sports such as soccer, basketball, rock climbing, etc. Major sports organizations across the country further promote the popularity of sports. These organizations run successful clubs, and the well-known ones include Maccabi, Hapoel, Betar, Elitzur, and the Academic Sports Association.

Sports are also widely played in schools, to produce quality sportspeople for the future. Finals of basketball and soccer competitions are also shown on national television. With the influx of English-speaking Jewish immigrants, many other sports are gaining popularity in the country. American football and cricket are some of the few sports that immigrants have introduced. The owner of the popular New England Patriots franchise, Robert Kraft, is promoting American football in Israel by having built two stadiums in Jerusalem.

Sports are an integral part of the Israeli culture. If you’re looking to travel to Israel soon, then make sure to visit any local Israeli sport event. If you want to enhance your experience of visiting Israel, then try to learn a bit of Hebrew as well.

If you want to start learning Hebrew as a second language, then Ulpan-Or can help you out. We are an Israeli-based online Hebrew school that has a large presence across the globe. We have over forty thousand students studying Hebrew online and ninety-four schools. Our Hebrew digital courses consist of video dialogues, audio lessons, and vocabulary-building exercises designed to meet every individual’s unique needs.

The best thing about us is that you can learn Hebrew online with Israeli teachers!  Our Rapid Language Acquisition technique is the best in the business that will help you learn Hebrew fast. Moreover, if you’re a prospective immigrant willing to move to Israel, you can learn Hebrew for seamless immersion into the local culture. Contact us today for more information.

History of Jewish Immigration to Israel

How Can Learning a Second Language Impact Your Career?